Alexander Thury’s all i need. moment The perfect throw, on the field and in life.
scroll down

Favorite all i need. ingredient:

all i need. moment:

A little boy watches his neighbor throwing an egg-like ball through the adjacent garden. As boys will be boys, he also wants to play. So he starts learning the game, training and becoming better and better. A few years later, he’s the quarterback of the Austrian National Football Team and of the Vienna Vikings. Sounds like a real success story and it certainly is one. 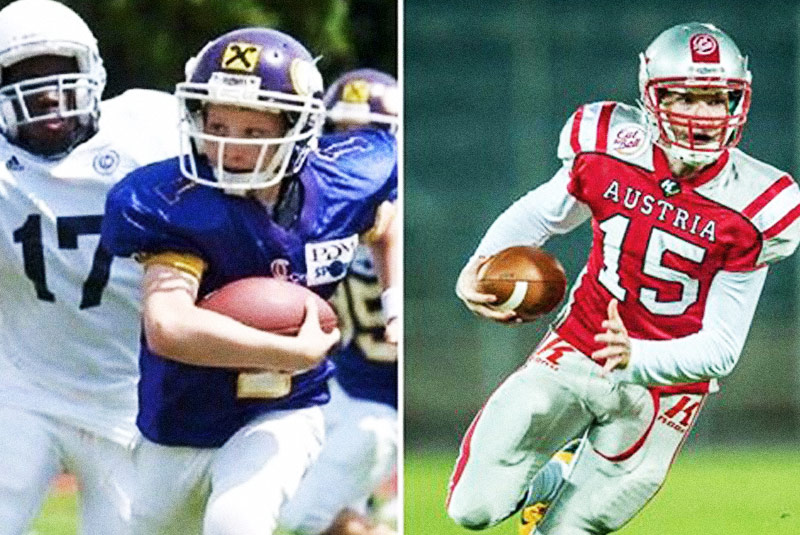 A friendly young student enters the café, the waiters hastily exchange fully loaded trays against their smartphones, the guests can’t believe their eyes and, in front of the door, a crowd of pushing paparazzi is forming. Free drinks, autographs, crying groupies. This is exactly what would happen if the star-quarterback of the best US football team entered a coffee-house.

Here, in Vienna, things are a little more civilized. Alexander Thury enters the café, some fellow students greet him. He looks at me and asks if he should bring me a coffee from the self-service counter. The only parallel: He is the quarterback of Austria’s best football team and he really is extremely nice!

At the tender age of 11, the Thury-career started with a first trial practice with the Vienna Vikings. There, many people immediately realized that this boy had to become quarterback. What followed still makes the now 22-year-old Alex visibly proud: under-19 national team and participation in the Junior World Championship in the USA (with a full stadium on 4th of July – if that isn’t a mid-size all i need. moment…), Junior World Championship victory in Germany and, finally, taking to the field as quarterback of the Vienna Vikings’ first team for the first time (definitely an all i need. moment!). 8 years after all of this had started at the trial practice, he was now standing on the field with his former idols. 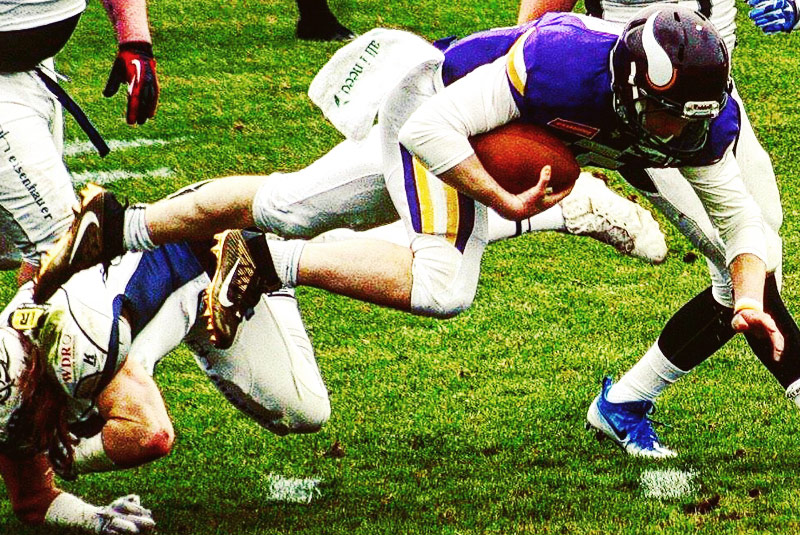 The all i need. moment

The crowd is shouting “Thury, Thury, Thury”. The moves have been discussed, all players are on their position. Set, ready, GO! The O-liners keep the defense away from Alex. It’s noisy, but for him, it’s totally quiet. What matters now is only the perfect throw, keeping your eyes on the possible. Concentration, silence. And there it is – the moment in which it becomes clear that the plan works out. The discussed move works and “only” the pass separates the team from winning a point and a possible victory. Focus, take a swing and throw. The receivers move in the right way, thousands are only looking at the football and Alex already knows that nothing can go wrong. A smile. A catch. Cheering. An all i need. moment. And luckily (or, rather, thanks to hard work) he experiences that moment 20-30 times per season. And he more than deserves it.

Why you should always do
what you actually want

He’s nice, we’ve already mentioned that at the beginning. The fact that, alongside his successful football career, he also studies medicine and supports the creation of an Austrian College Football League (and plays with the MedUni Serpents) shows that Alex is doing exactly what has always been his goal. And that such a successful person wears the all i need. logo in every game makes us proud. Therefore, during every match, we shout “Thury, Thury, Thury”. 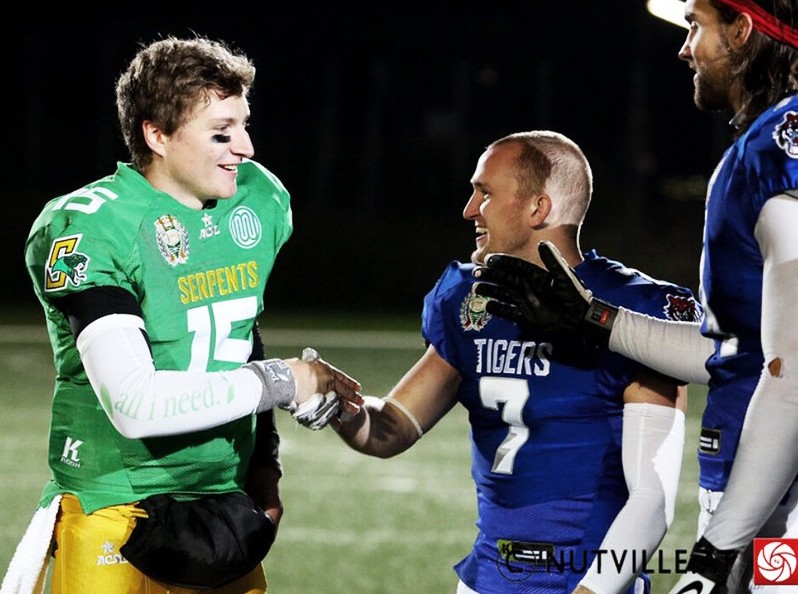 By the way: Those who are now interested in Austrian football or an active participation in the College Football League – just get in touch with Alex. And, if you are scared of injuries…in 5 semesters Alex will have finished his medical studies 😉